How Bacanora is Made

How Bacanora is Made

Produced and distilled using only artisan methods, Sunora Bacanora is carefully hand-crafted in small batches to assure it meets the high standards set forth by its original makers.

It’s been handed down from generation to generation and is exclusively made using a seven-step process. 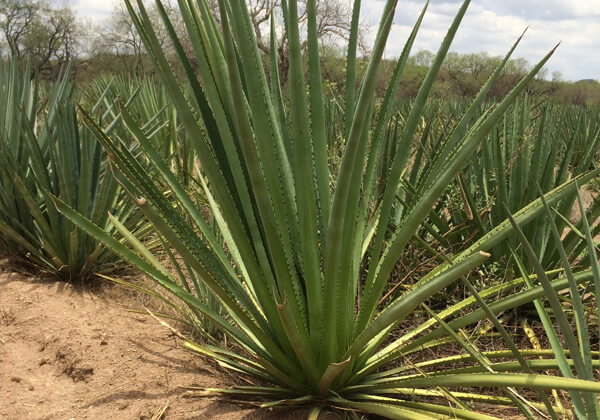 22
It Takes Approximately 22 lbs. of agave Pacifica
To make 1 liter of Sunora Bacanora
0

Agave Pacifica is harvested through a process known as jimar (hee-mar). Using a tool called a Coa, the pointed leaves of the plant are removed by hand to expose the pineapple shaped core, or piña. The person performing this function is called a Jimador. Harvesting the agave is difficult work and the Jimadores are known to be strong. 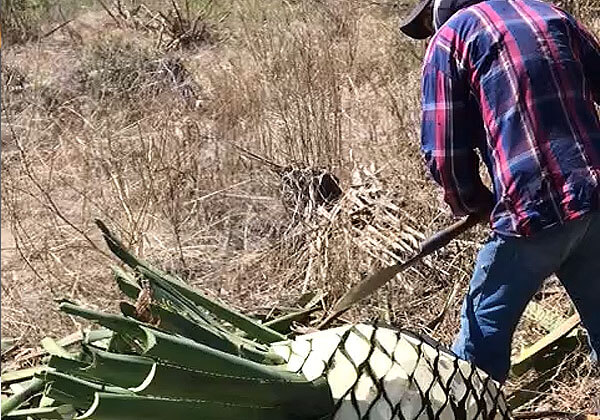 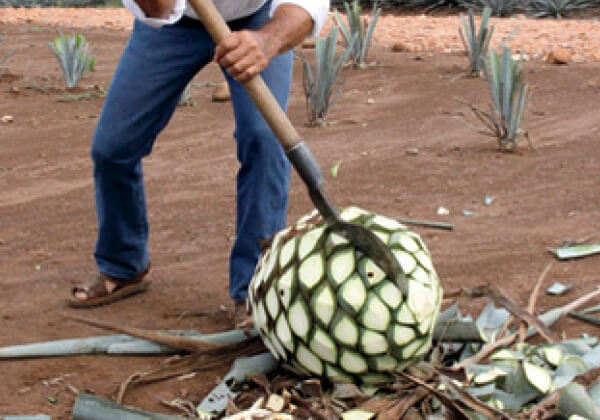 The harvested piñas are then split by hand, and placed into specially designed underground ovens for roasting.

The split piñas are then placed into specially designed underground ovens for roasting. These ovens, called mallas (ma – yas), soften the piñas and make it easier to facilitate the juicing process that follows. As a result of the wood used in these underground ovens, Sunora Bacanora takes on a smoky flavor. Some bacanora producers choose to use autoclaves or boilers, as a substitute for the underground roasting process. This process produces a less smoky profile. 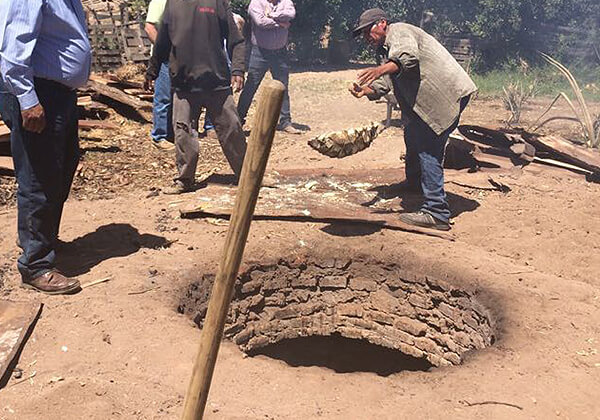 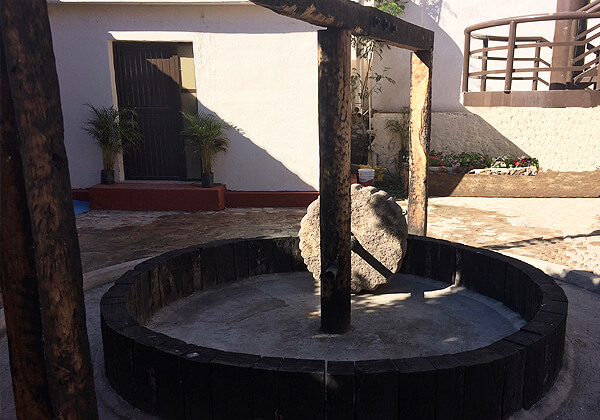 Following methods used for over 300 years, the cooked pinas are crushed - traditionally in a ``tahona`` - which is a giant, circular grinding wheel. Modern techniques utilize mechanical crushers to separate the fiber from the juices. Once the piñas are minced they are washed with water and strained to remove the juices.

The agave pulp is placed into barrels, combined with fresh water and covered air-tight, which begins the fermentation process. The process takes anywhere from 6 to 12 days, depending on temperature. 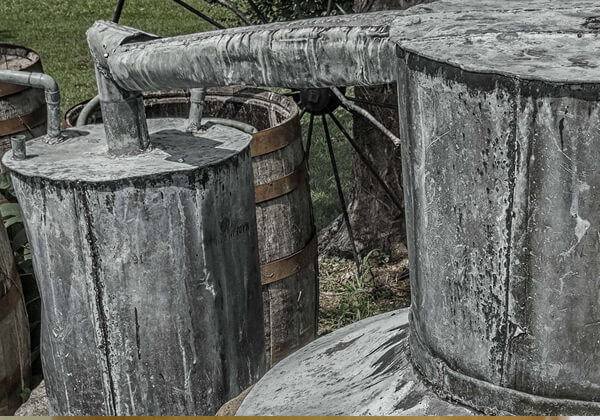 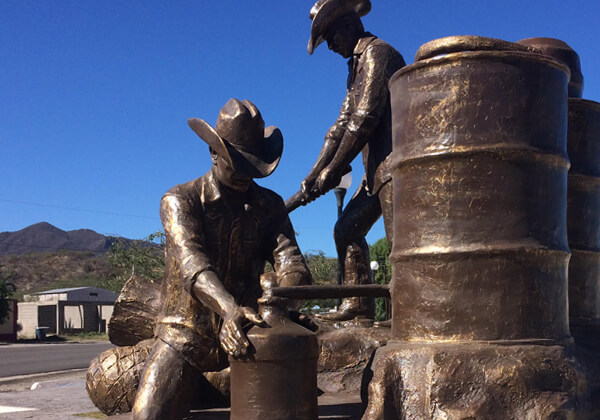 The fermented juices are placed into pot stills then heated directly over mesquite charcoal fires. The vapor created by the heat from the fire is conducted through an inverted funnel, sealed at the top of each still. As the vapor condenses in the tube it flows into the barrel. This process is called distillations. These age old traditions are what gives Sunora Bacanora it's premium quality. At present, aging bacanora in oak barrels is unheard of. However, Amigo brands through its innovative, highly skilled team plans to create Reposado and Anejo iterations of Sunora Bacanora.

These simple, old-world artisan methods are the secret behind Sunora Bacanora’s alluring flavor: dry, complex, and peppery with a smoky, earthy finish. 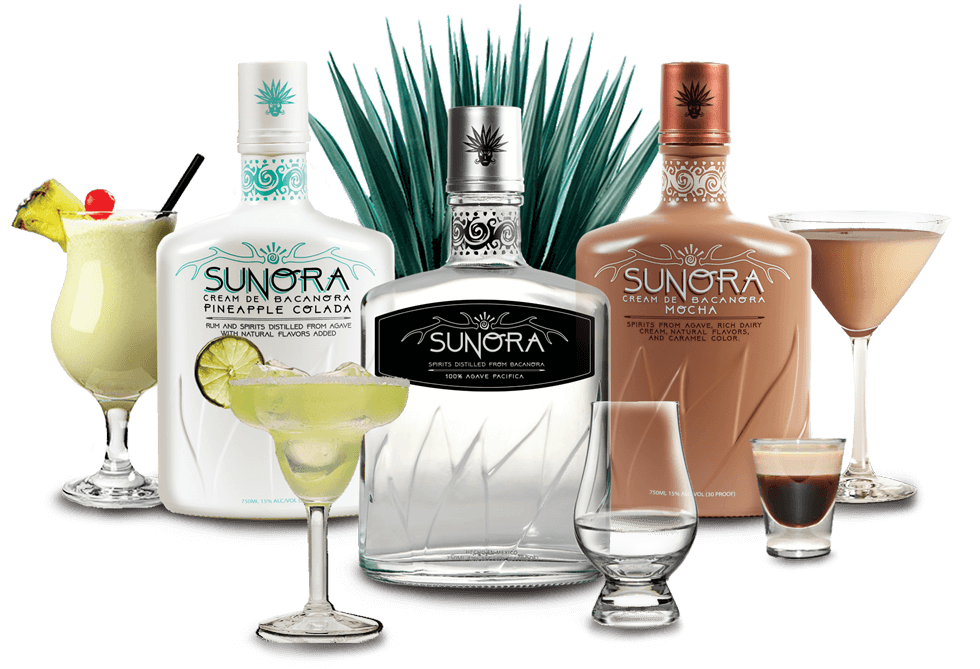 About The Bacanora Industry

Officially, bacanora is currently produced by approximately 38 licensed distilleries with each having its own private label and flavor profile. These labels produce limited batches of artisan bacanora on a small scale and sold are locally. Very few labels are imported to the United States and have limited distribution.

Sonora is hot and arid with little annual rainfall. This dry climate offers optimum growing conditions for agave — which usually takes approximately 4-5 years to mature. During the last decade over-harvesting of agave in the wild, coupled with unusually long and  deep freezes, damaged or destroyed most agave found in the northern part of the state. Efforts were underway by different entities to replenish agave in the wild. These programs are no longer in place; however, agave is currently being made available through the bacanora regulatory council annually for use in commercialization. It is speculated that with modern agricultural techniques the maturation rate can be reduced to approximately five-year to six-year cycles for agave Pacifica plants.

The bacanora industry in Sonora is in its early stages of commercialization and only a  few scientific studies either governmental or from the private sector have been identified. There are private scientific studies currently underway to fully identify and develop the best growing methodology for achieving the highest sugar yields in the shortest amount time. One such study was started from seed in June 2017. There is a renewed interest in bacanora production, which has created lots of excitement and a “boom” in the number of agave plants being commercially planted.

As a final tribute to the hard work of many residents of Sonora, the Mexican government bestowed bacanora with the Denomination Of Origin (NOM) in December 2005. So now, just like tequila, bacanora can only be produced within a specific region of the state of Sonora, Mexico. Any agave spirit produced outside the region is simply mezcal. According to the NOM, only the Angustifolia Haw agave, commonly known as, agave Pacifica, can be used to produce bacanora. In 2006, the Bacanora Regulatory Council was created in the state of Sonora to regulate, standardize, and commercialize the industry.

The executive team of Amigo Brands has an excellent working relationship with officials of the regulatory council who shared much of the information contained in this text. Essentially the NOM defines the thirty-six municipalities or counties within the state of Sonora where the Angustifolia Haw agave must be grown. These municipalities are equivalent to county governments found in the United States. The NOM further states that the Angustifolia Haw agave must be grown, harvested, and distilled within the region to receive a certificate of authenticity from the Sonora Bacanora regulatory agency.

Discover the History of The Original Outlaw Spirit™